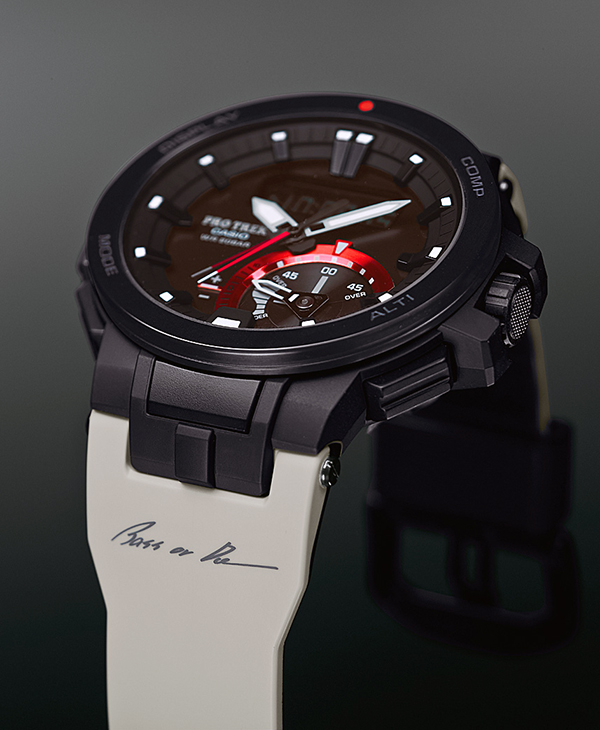 O.S.P CEO Toshinari Namiki acts as a CASIO Outdoor Gear PROTREK ambassador and “O.S.P. Toshinari Namiki Limited Model” which his persistence and faith for fishing are engraved will be released.
This model is based on PRW-7000 series which Namiki’ s needs for fishing scene is a dopted and developed.
Case and face are colored as black, second hand and in dial are red and N amiki’ s concept color are decorated through the whole.
Light gray color is adopted for the belt and the calmed design is suitable for not only fishing scene but also daily usage.
Namiki’ s faith is engraved for the band which position is 6, and free loop has O.S.P Logo. In addition to those cosmetics, “ Toshi Namiki” and “ Osprey Spiritual Performer” are designed on the case box. Both Namiki and O.S.P design are marked here and there.
Display the accurate time with electrical wave and the watch is activated by solar battery. Triple S ensor enables it to have direction, altitude, atmospheric pressure, fishing time function which let angler know fishing chance with alarm, and a tide graph which is helpful for the area which is influenced by tide.
Moreover, 20 ATM Water resistant which can endure the hard activity around the waterfront and others are equipped. Limited Model which has O.S.P Toshinari Namiki’s name is coming soon from PRW 7000 Series which has full -fledged outdoors function. 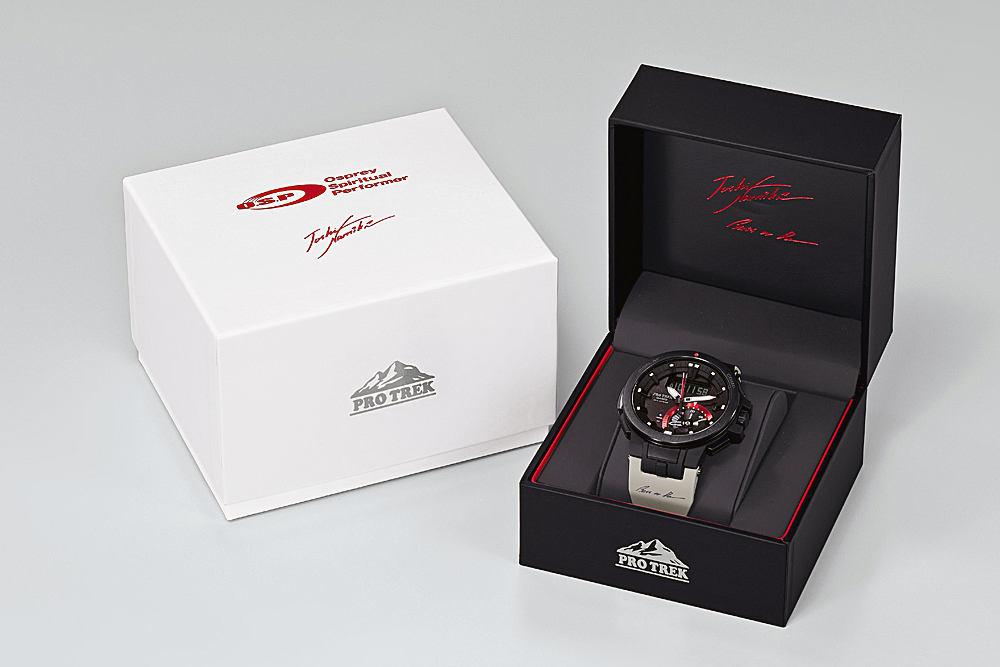 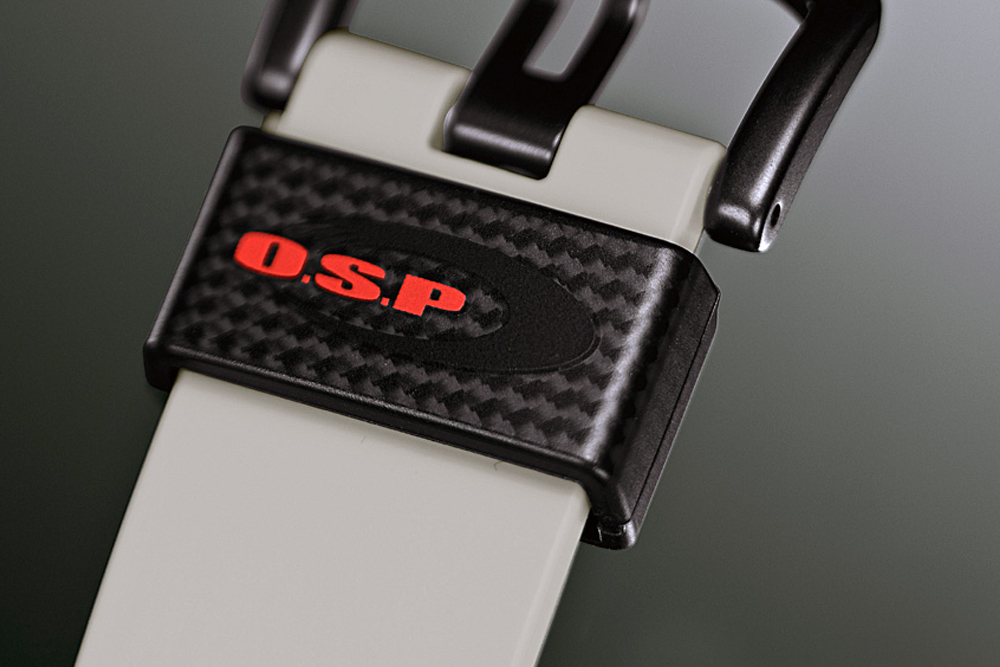