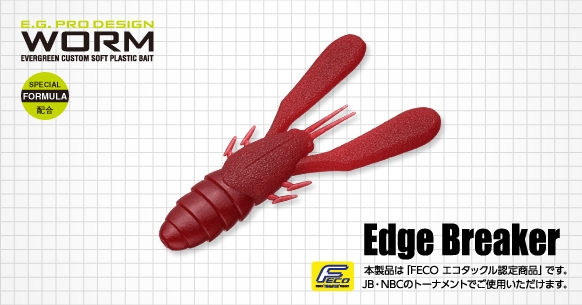 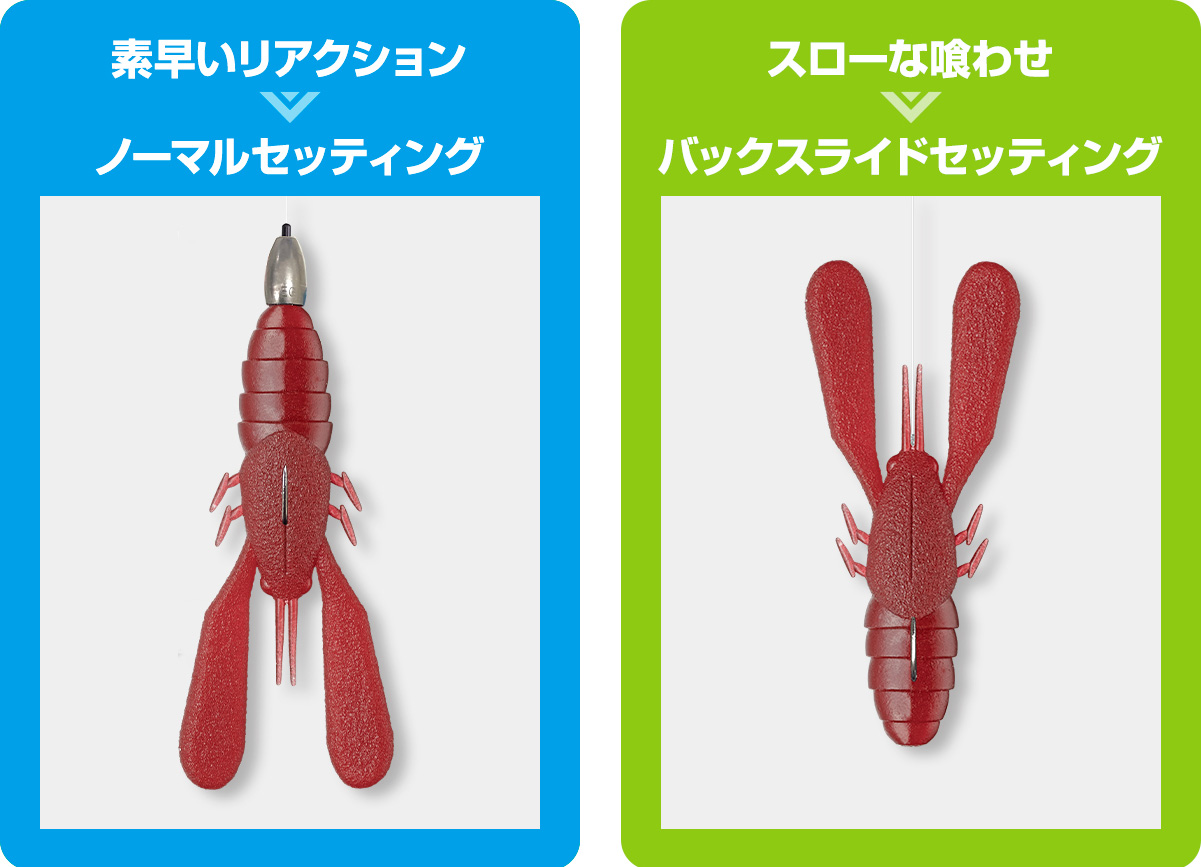 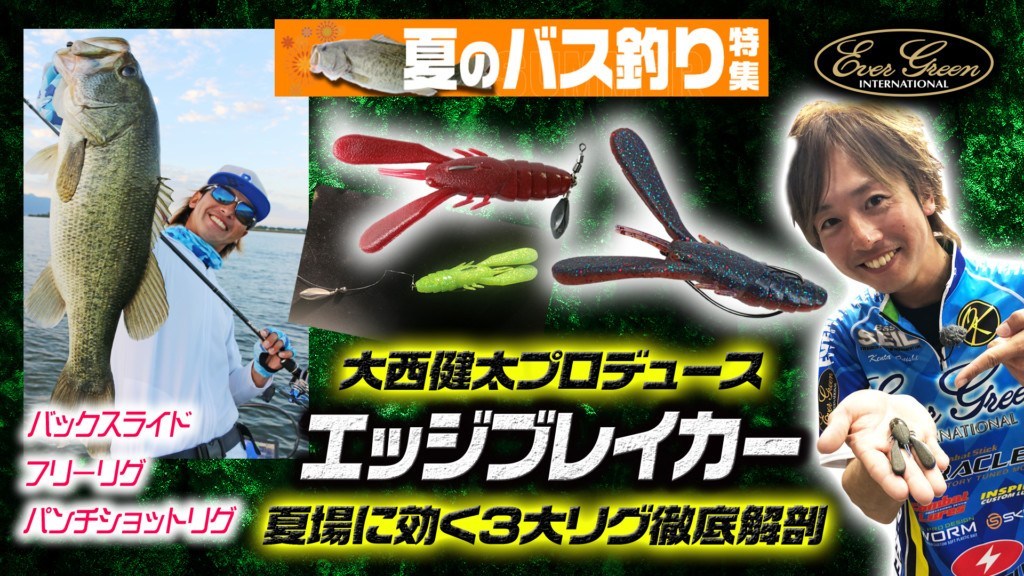 ■ Material (material)
High specific gravity material with salt. Approximately 12 grams of weight that is easy to handle with no sinker

■ Special Formula
Incorporates special formulas of salt, shrimp, squid and bait fish that invite you to smell and keep your eaten bass. 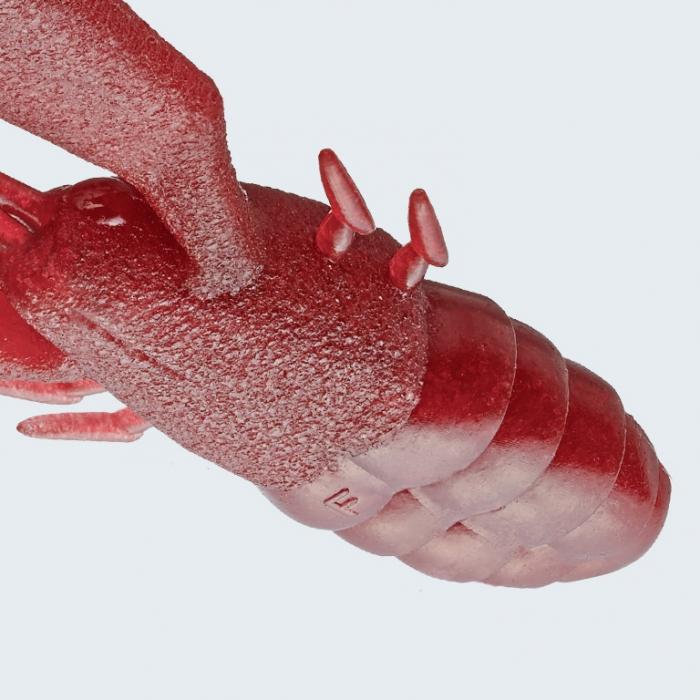 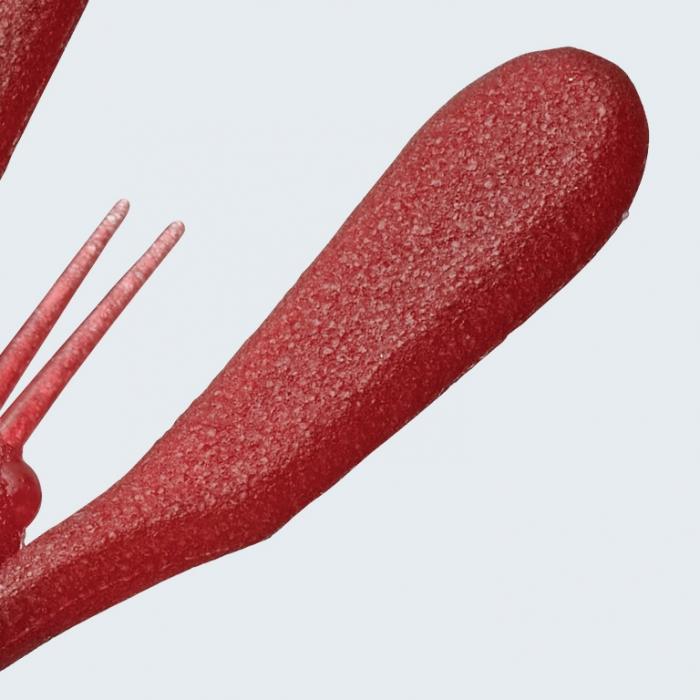 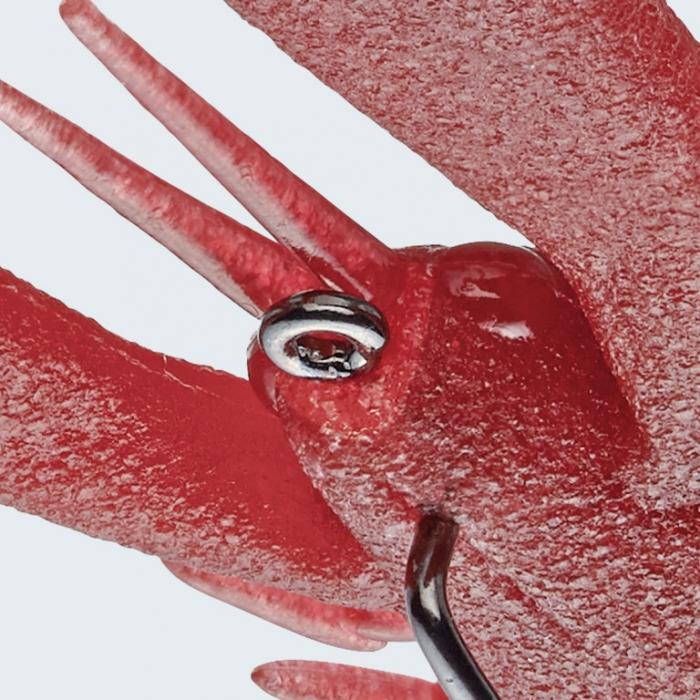 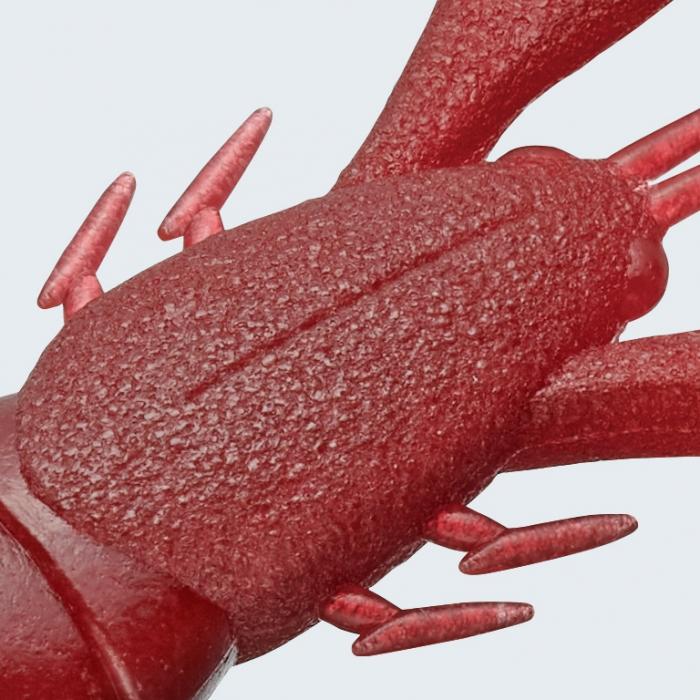 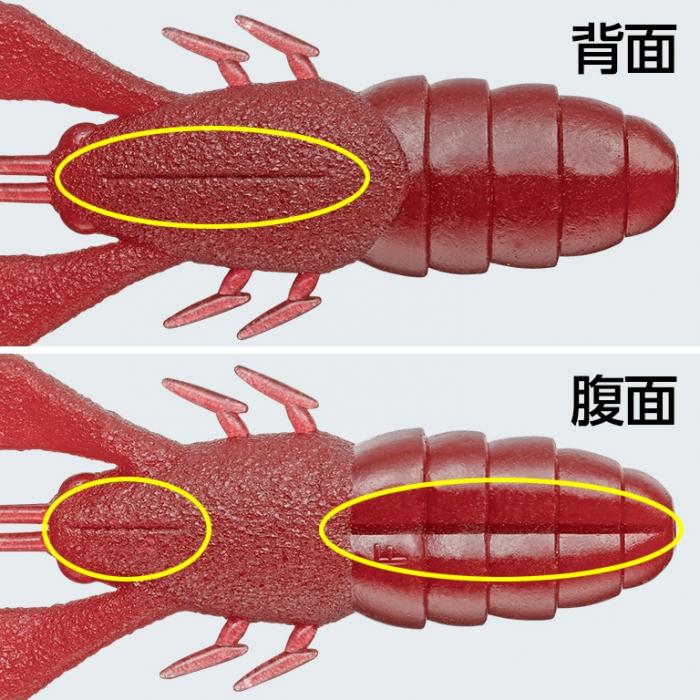 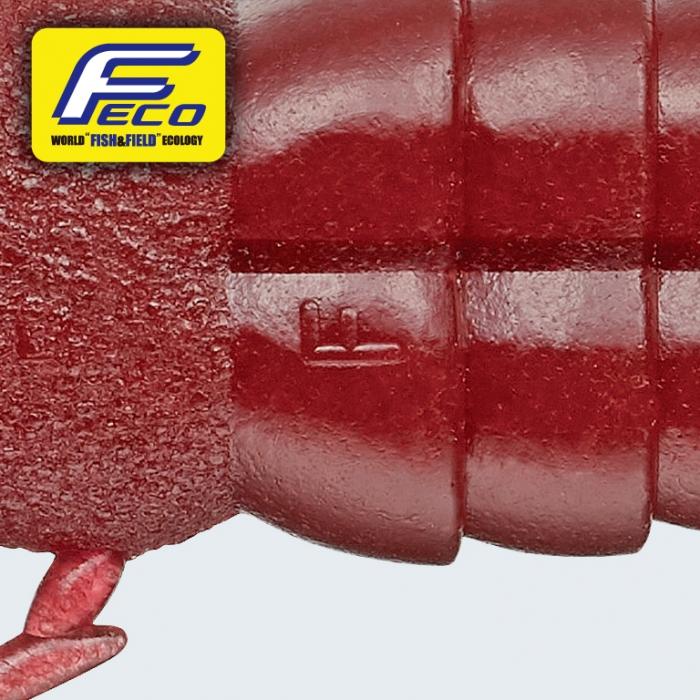 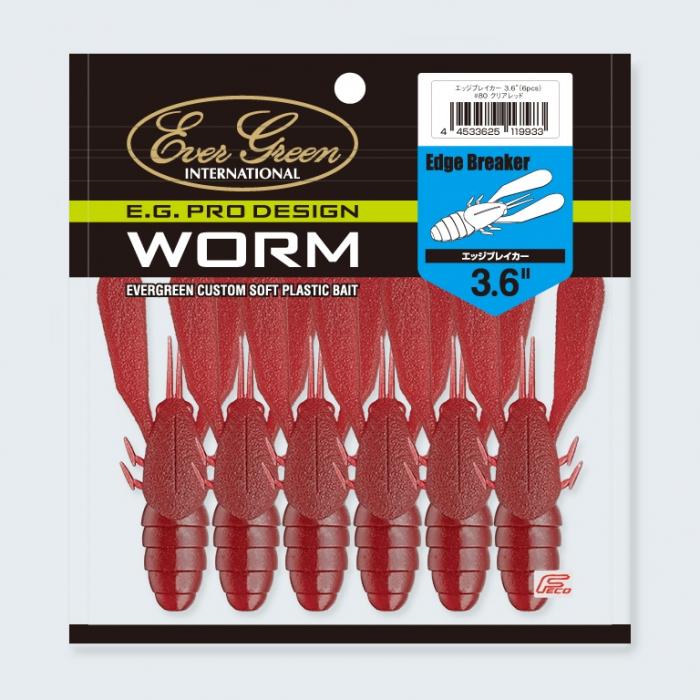 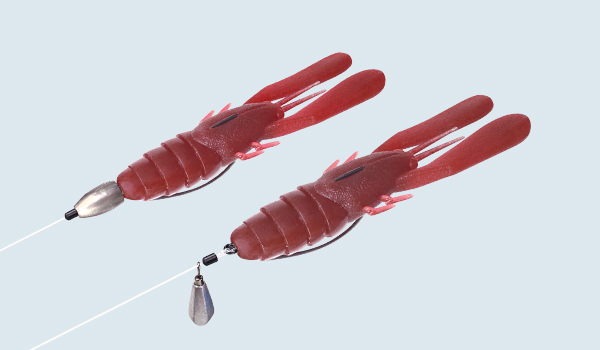 It is effective when used in lift and fall when set on a Texas rig or free rig. After landing, the resistance to the direction of being pulled by the sinker is low, so it falls quickly. After the sinker has settled down, the body will settle down and fall down, and from there it will realize a time difference action in which the flat arm falls down with a one-tempo delay. This is the first time to eat.
The rod action from there reacts quickly and lifts quickly. Then, while moving to the fall with a sharp and sharp movement, the action of the arm undulates with a delay. At the moment of moving from the top of the lift to the fall, the body quickly changed the direction of travel, and the movement that the arm followed later became the second bite.
You can react a bus that you don't eat just by falling. 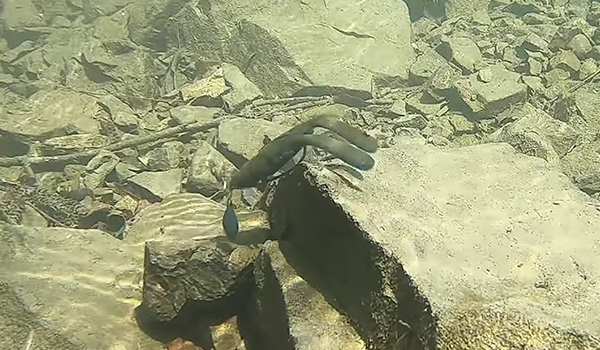 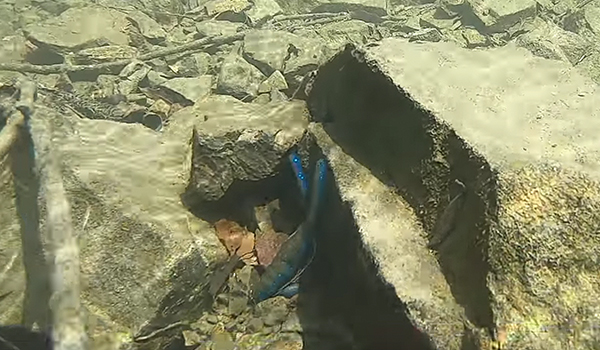 ▶ Action to swallow worms If you
lift and fall as short a pitch as possible, it will be easier to produce more agile rippling action. The trick of the rod action is to lift the line as if you are hitting it.
In this fishing method, in the Lake Biwa field test, there were many cases in which the worm was swallowed in a single stroke with a fall immediately after the lift.
[Recommended tackle]
Rod: Casting 6'6" ~ 7'2" ・ MH ~ H
Line: Fluorocarbon 12 ~ 16 lb.
Sinker: Tungsten 3.5 ~ 7 gr.
Hook: Offset 3/0

Used with no sinker rig. After landing, the flat arm acts as a resistance and the head turns slightly upward, maintaining an oblique posture suitable for backslide. A flat slide body with little resistance to the worm's direction of travel provides a long backsliding fall that smoothly cuts. 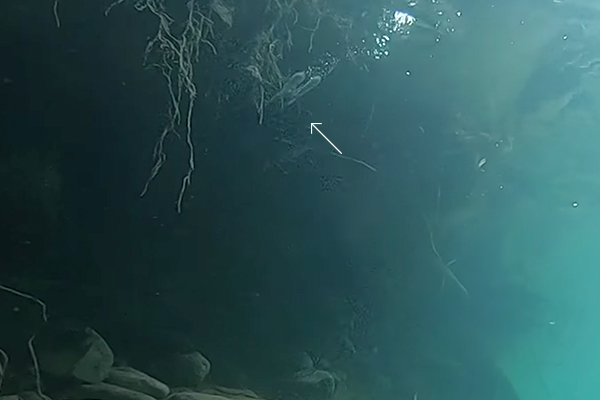 ▶ Exhibits effect on slave bass
Major field cover that continues to be beaten by an angler ... Even if it is a light rig, it is counterproductive if you show it too much to a familiar slave. The fall speed is slightly faster so that you can use your mouth without thinking more than necessary.
In addition, the flat arm generates a voluntary action that moves irregularly and weakly to the left and right as the body slides.
▶ Powerful even
often has to target one cover carefully due to mobility and scaffolding constraints. Like a boat, you can't shoot a cover from one to the next by repeating cast-fall-pickup.
Even if you didn't eat it in the first fall ... If you lift it with a rod action while lifting it, the flat arm will act as a brake, reducing the distance traveled to the front of the worm, and from there back slide fall again . By repeating this, you can continue to invite carefully in one place.
[Recommended tackle]
Rod: Casting 6'6" ~ 7'2" ・ MH ~ H
Line: Fluorocarbon 12 ~ 16 lb.
Hook: Offset 3/0
■ 3.6 inches